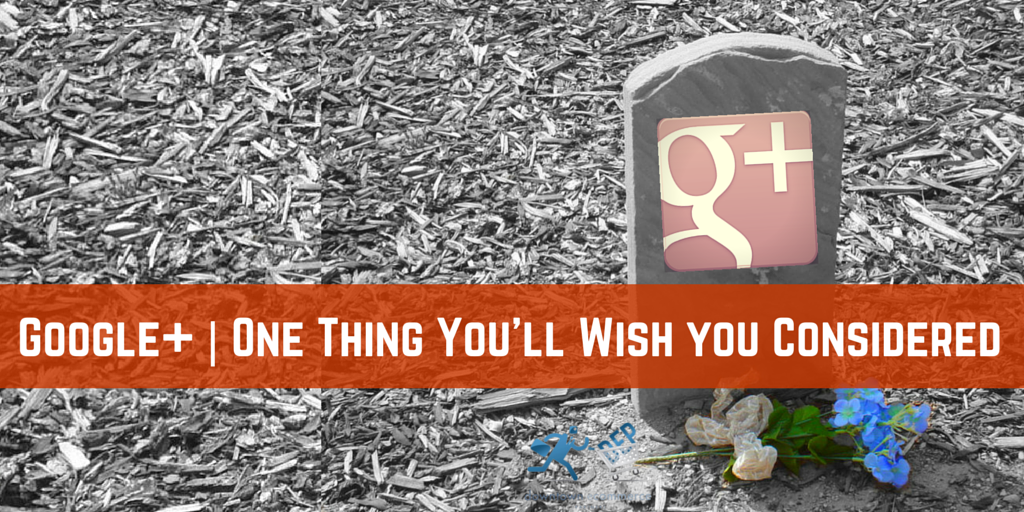 The question about whether or not Google+ is dead has been debated amongst the same six people since early 2014, when the man formally in charge of Google+, Vic Gundrota, resigned. There are basically two camps; Google+ is dead, and Google+ is not dead. Both camps are just vying for traffic to their respective sites.

So, what exactly has happened?

Since we wouldn’t be anywhere near the front of the pack reporting on this, I’ll summarize what is by today’s standards old news: Google is untethering their YouTube and Google+ services. People are talking about it. Google+ is dead, or dying, or not dying, depending on whom you ask.

The same hubbub arose when Google+ untethered Hangouts, and when they did the same with Google+ photos. Never mind the fact that not one soul made the same claims when Facebook did the exact same thing with their Messenger service.

Here’s our take on why: Facebook, unlike Google+, never forced preexisting channel subscribers to join Facebook in a thinly veiled attempt to create order where there was no previous disorder. When Google+ launched, folks in YouTube suddenly had to start a Google+ account to manage certain aspects of their YouTube administration or to comment on videos.

The outcome was a backlash and overly inflated Google+ membership numbers. Many users, in confusion toggling between their Gmail, YouTube, and other Google accounts, inadvertently created additional Google+ pages.

The fallout from the chaos apparently created wounds, the depth of which were too profound for many to heal. The “many” having been praying for Google+’s demise from the beginning. They are the same three saying “Google+ is dead.”

Whether or not they will get their wish now seems to be on the table for reals. 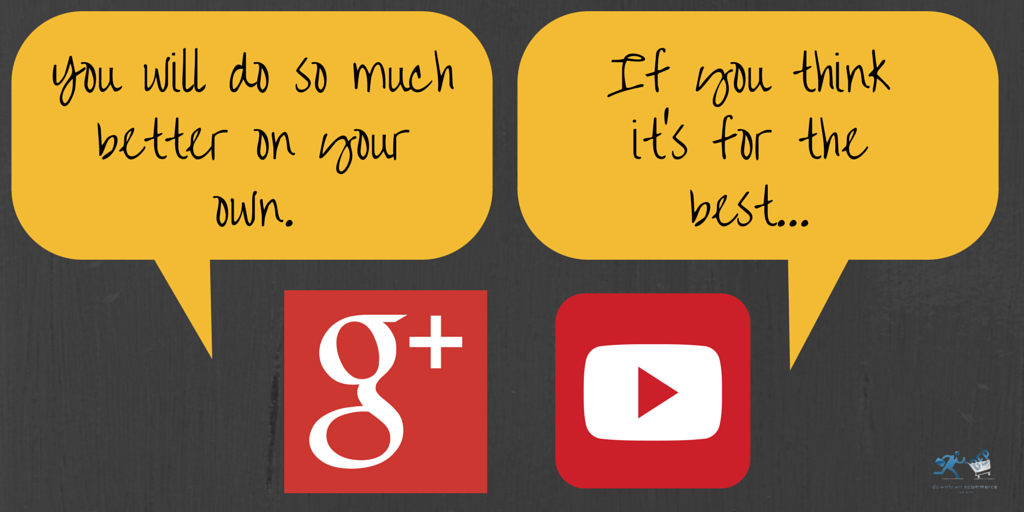 We propose a third camp.

In reality, both camps are probably kinda correct, in that Google+ as we once knew it is dying, but is far from dead. Whatever you believe to be the case you would be better off keeping a level head about everything. After all, it IS the Google.

And please, don’t you dare Bing me for my opinion, Yahoo my leg or DuckDuckGo my ear off. We all know who wears the pants in this internet. Whatever Papa Google decides to do, when he decides to do it, you’ll want to be sitting on the right side of the fence.

Content is king, sure, but Google is Lord Emperor

No matter what opinion you may have about Google+, or any of the prior Google stabs at social media (Buzz was pretty sad), at the end of the day the people behind those attempts are the same people who brought you the “I’m feeling lucky” button. Ask any online marketer out there where the majority of traffic comes for most sites, and they will sing to you in harmony: Google.

Google’s market value, albeit less stable at times, is currently beating Exxon near the $400-million mark. They can probably afford to make a few more Google+’s before the investors start to question them. They are not going anywhere anytime soon. 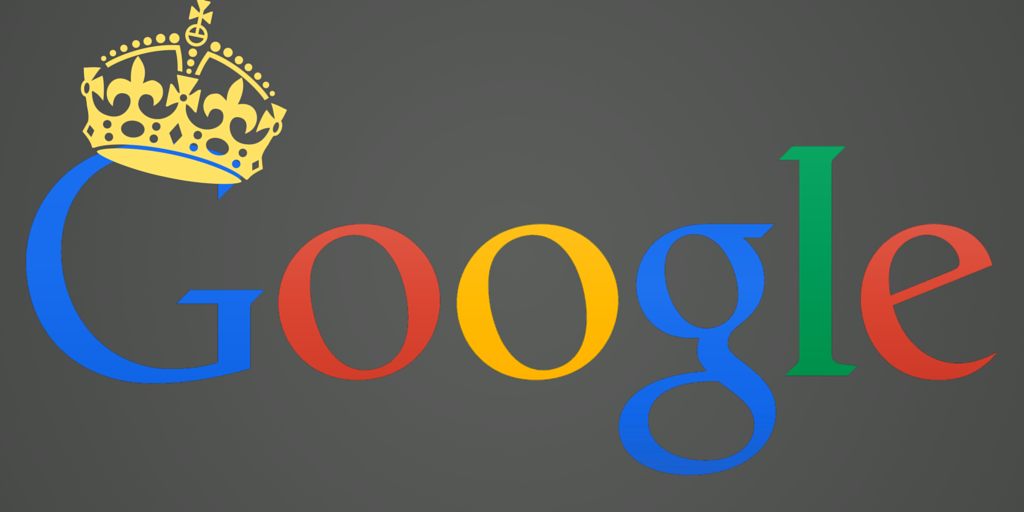 As the director for social media at DEP, I can’t tell you how many times I’ve come across articles claiming that social media will someday replace more traditional online media channels, namely SEO and PPC. Heck, I’ve even been guilty of making that statement, and there may come a time when that statement becomes true.

Case in point, nobody would have believed you in 1980 that computers would be standard issue, right next to those cordless phones we keep in our pockets, but here we are. Maybe someday social media will beat out other forms on online marketing, but not anytime this week.

The name Google+ may go away.

Probably not, though. Bradley Horowitz, Google’s VP of streams, has said repeatedly that Google+ isn’t going away. Good enough for me. That said, I could see the Google reimagining the leftover parts of Google+ with a new name, which would be metamorphosed over time.

In a recent Mashable article, they point out that Horowitz quietly informed us that Google has started referring to their social media services as “Streams, Photos, and Sharing.” It’s a little clunky for a new or reimagined platform name, but the message between the lines is nobody internally wants to associate the word “plus” in combination with “Google.”

Whatever happens, it should be interesting to watch unfold. 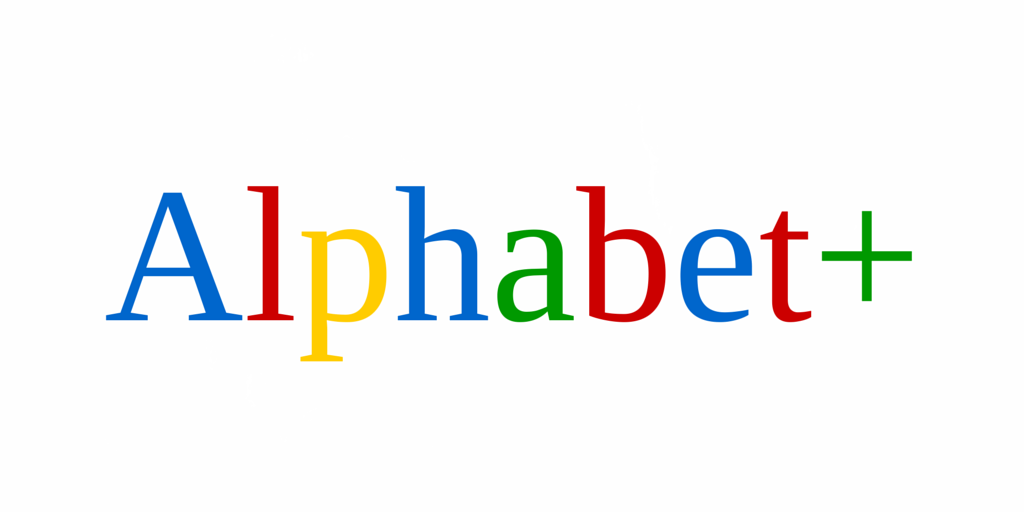 Does your brand belong on Google+?

Nobody in my job is going to advise you against creating a Google+ business page, but whether or not it’s a place you spend all your time will be case-by-case. If you are in tech, marketing, or anything nerdy, then you may find an audience and community on Google+. You’ll find an audience for your bikini company too, but you’ll wish you didn’t.

Like any social network, there are plenty of creeps milling about, and hardly any of them are shopping for new bikini bottoms. Pinterest would be a better bet for your bikini company’s audience.

If you’re just a casual user, you will find that there are very active corners of Google+ where the conversations are real, and someone isn’t just trying to get clicks to their site. There’s not many, but they are there. You just have to search.

If you can find a home for your brand on Google+ expect all the fringe benefits that go along with it. Google’s search results will bump your posts in the SERPs for those who follow you and are logged in when searching, and you will get generally better engagement with your posted content.

Google+ fans are active, liking posts and commenting when motivated. It still works. 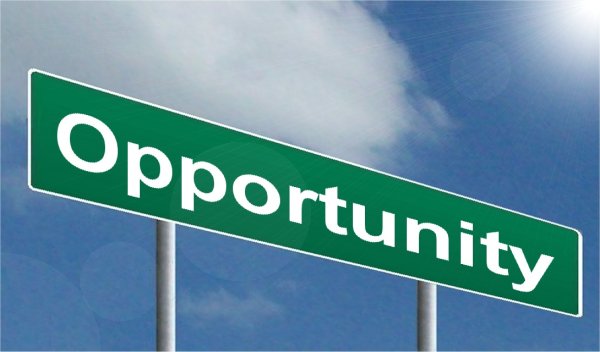 I don’t know about you, but I always feel like I am behind the eight ball with social media. Whatever becomes of Google+, this could be the calm before the storm. It could be your shot to build a super loyal following.

Whatever it becomes, it will still be Google’s product, so there will always be that value. When all the kids come running back to the playground it would be nice to have your seat on the swings reserved.

Without carving out a ton of time, this is what we are doing with Google+ right now; casually but carefully involved. It seems to be what many brands we respect are also doing. We are actively posting, bucketing posts with other social media channels using Hootsuite to save time, and making sure we engage the active followers we have.

In the background we are using the app Circloscope to slowly build our circles. After all, an engaged audience is a good audience, no matter where you find them.

If you are looking for better ways to strategize your social media channels, Google+ or otherwise, please don’t hesitate to contact us. Advice is free, and we would be happy to look through your channels and advise you on what you could do to maximize your returns.That’s what we do: save you time with online marketing solutions that work.